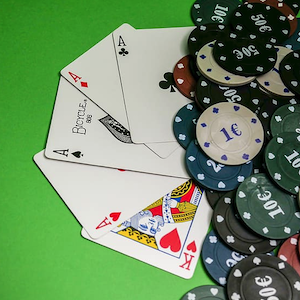 PokerGO, the world leader in televised versions of the game, is bringing its Super High Roller Bowl to Europe soon. The nine-event high roller Poker tournament will kick off on the 22nd of August this year at the Merit Royal Hotel Casino & Spa in North Cyrus. Buy-ins start off at $25 000 and go all the way up to $250 000.

The SHRB’s first event is a $25 000 Short Deck Hold’em game on August 23rd, 2021, and then this variant happens again on the 25th, as the third event, with the same buy-in. After that, the Short Deck Hold’em high roller Poker game on the 27th has a buy-in of $50 000 and stands as the tournament’s fifth event, and the seventh and ninth ones have the same buy-in for this variant and unfold on the 29th.

Viewers will be able to watch the high roller Poker games as long as they’re subscribed to the Poker GO content service.

PokerGO Has Come a Long Way

The SHRB Europe expansion marks the latest milestone for PokerGo. The company started off in 2015 with just one event, a $500 000 buy-in game in Las Vegas, and formed part of the PokerCentral group. The brand has gone on to become a respected mini-tour in its own right in the six years since then, featuring incredible players and providing access to several high-roller tournaments at each stop.

An SHRB press release has revealed that the high roller Poker tournament relies mainly on consummate players and wealthy businessmen. And the Merit Royal Hotel Casino & Spa as a setting for the 2021 event will no doubt serve up a range of incentives to draw in players.

It’s no accident that the series has been scheduled to fall into the window of late summer/early autumn, either. This is when a lot of the Poker industry turns its focus to European games.

The upcoming North Cyprus tournament isn’t the first time the SHRB has been held in Europe, with previous events unfolding in London and Sochi in 2019 and 2020 respectively. But, due to recent global events, Live SHRB events have been on pause since the Russian games in March last year. High roller Poker players will understandably be very excited about this one.