Poker Pro Scoops Massive Win at 888 On His Birthday 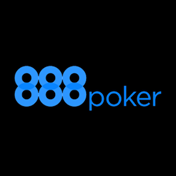 His 30th birthday is a turning of age German Poker champion and 888poker ambassador Dominik Nitsche will hardly be able to forget, let alone want to. What better birthday gift for a grinder as committed to the game as Nitsche than winning a major tournament and a smoking hot $121,146 payday, after all?

Nitsche spent his birthday playing Day 2 of the $1 million dollar-guarantee 888Millions SuperStorm Main Event – an event that drew the support of a phenomenal 3,196 entries, and with only 567 of the initial entries making it all the way through to the stacks on the Sunday afternoon. Only 300 Poker players would ultimately make it into the money circle – and alongside a show of rivalry that would prove anything but a push-over.

Nitsche Led From The Front

By the time Nitsche had graduated all the way to seat at the final table of 9, it was a bust-fest just waiting to happen. Several hands would be played before Lithuania player “joolius” would become the first of the money train riders to bust out (9th - $15,000).

“kiskutya23” was the first of the final 5 playing the final felt to bust out (5th - $45,000), leaving Canada’s “MrMarley82”, Russia’s “Artemka168”, Malta’s “GarbinaD” and, of course, Germany’s Dominik Nitsche to battle it out for the remaining prize money and top placement. A deal ultimately followed, and at this point it had become the German Poker player’s event to run over.

By this point in time, the Poker pro was firmly in the chips lead, and wasted no time making the most of his leading advantage. Nitsche’s ace-nine on the flop had the desired effect on “GarbinaD” and a king-ten, especially since the German had called the all-in. “GarbinaD” managed to catch up with a straight on the turn, but it would ultimately prove no match to Nitsche’s full house boosted by a second queen on the board.

Again – what a way to be spending a 30th birthday. Congratulations are in order for more reasons than one.