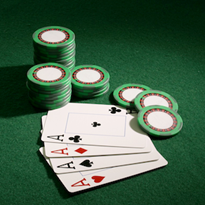 iGaming developer Microgaming broke the hearts of more than a few table games fans when they closed the Microgaming Poker Network (MPN). But now, just months after the MPN ceased to be, it seems as if the company is attempting to open a new chapter.

In a press release, Microgaming revealed that an extensive new range of Poker focused titles is to be launched in coming months, once again providing fans of the game with a solution. This announcement will come as a relief to many, given that the network had more than a few dedicated players, all of which had been left high and dry.

It was in May, 2019 that the MPN was shuttered, resulting in an outcry from fans. The extensive community had been active for a total of 16 years, and had played a big part in the global card gaming scene.

However, a spokesperson for Microgaming had been quick to insist that the decission to close the network had not been made lightly. Simply put, the spokesperson elaborated, the situation had not shown reasonable potential for future growth, and it had thus been clear that a new business model had to be adopted in order to satisfy Poker fans.

Now, months after the MPN was shut for good, the company has finally revealed that new business model. A new wave of card game titles is officially incoming, referred to as a ‘new type of product’ by the company.

The first in the series will be Hold’em. But, a little different than what players are used to, representing a new strategic direction for the company.

A New Type Of Product

According to Microgaming, the new Hold’em Poker will be a sophisticated brand for the game, aiming to immerse dedicated fans in a deeply realistic representation of a casino style experience. Both PC and mobile platforms will be supported, meaning that fans that have felt left out by the absence of the MPN will now have a new, highly diverse home.

Besides being immersive, the new title will be focused on a fast-paced Sit and Go style tournament, providing the nonstop action that players have come to demand. Buy ins will be €5, and prize pools wheel be determined by a random, wheel style mechanic. Maximum prizes will reach up to a total of €25,000.

Hold’em Poker will go live for an exclusive period from the 1st December at limited outlets, before getting a wider release on the 9th December.