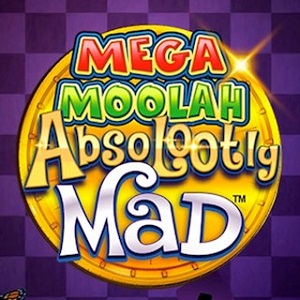 This win was produced by Absolootly Mad: Mega Moolah, one of the newest releases in the developer’s progressive jackpot series of slots.

The record-breaking win was triggered on 27 April by a Belgian player spinning the reels at Napoleon Sports & Casino. Prior to this big win, Microgaming had already been the proud owner of the record for the largest-ever online slots jackpot payout. Now, the software developer has set the bar even higher for itself and others.

The €19,430,723.60 win is made even more impressive by the fact that it comes hot on the heels of two other large jackpot payouts that were paid just a few days earlier, also by Microgaming. The brand appears to be on a winning streak with its branded Meg Moolah online slots. On 14 April, another lucky player took home another of Microgaming’s progressive jackpots. This player won an astounding €17.5 million. Just a few days after that, yet another player was lucky enough to take home the very same jackpot. However, they didn’t win nearly as much and had to make do with a “modest” payout of €2,025,000.

Absolootly Mad: Mega Moolah was originally developed by Triple Edge Studios in collaboration with Microgaming. The studio is one of many independent developers to have partnered with Microgaming in the last two years. All of the titles within this partnership have been added to the incredibly popular jackpot network. This game is an interesting and engaging one that takes players on a wonderful trip down the rabbit hole. It is themed after the wildly popular tale Alice in Wonderland.

Absolootly Mad: Mega Moolah offers a number of great features, including rolling reels, multipliers and free spins bonuses. However, the biggest appeal of the game is its progressive jackpot, which can be triggered on any spin.

Now with these latest wins, Microgaming’s total payouts across all of its progressive jackpot online slots totals a whopping €1.3 billion. This is one of the biggest totals within the online casino industry. Absolootly Mad: Mega Moolah alone has produced over €46 million in prizes since its launch just over a year ago, and there are sure to be more huge wins to follow.