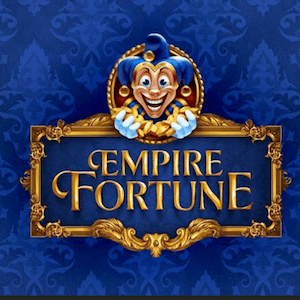 One lucky player has landed the size of jackpot only dreamed about by many people. The lucky player struck it lucky to the tune of €4.2 million playing Yggdrasil Gaming’s popular online progressive jackpot slot, Empire Fortune.

The award-winning developer first launched Empire Fortune back in 2016. The slot has since reached the highest rungs of popularity among Yggdrasil’s global operators and their players and it remains a firm favourite.

What sets the online game apart from the rest is that it shares a global progressive jackpot with the developer’s Joker Millions slots network. Some pretty amazing payouts have over the course of the past couple of years been nabbed by players all over the world. The total sum in prize money paid out by the shared jackpot pool to date is an astonishing €39.5 million awarded and successfully paid out in player winnings.

Yggdrasil Gaming CEO Fredrik Elmqvist is understandably excited and happy regarding the news of the amazing jackpot won by a fan of Empire Fortune. Elmqvist said that a win of this size has been coming for a time now, and that the jackpot is the result of a very successful launch that not only created a lot of hype and awareness, but also attracted a significantly sized player base. Who wouldn’t like to be named the next big slot’s winner, after all?

Premium quality slots like Empire Fortune have served Yggdrasil well. Tried and trusted success has become synonymous with the brand. And it’s this reputation that continues to attract players to the developer’s games on an ongoing basis. Needless to say, the more players engage with progressive jackpot titles like this one, the bigger the prize pools continue to grow.

Tony Kjadstrom, who is the Chief Operations Officer of the parent-company to Wildz Casino, namely Rootz Ltd., has confirmed the recent Empire Fortune jackpot as being the largest win ever paid out by the online casino.

Kjadstrom congratulated the lucky player on the fantastic win and added that players simply love every single game released by Yggdrasil Gaming, all of which have proved massive hits. Yggdrasil can hardly ask for better publicity than the recent big Empire Fortune win, and now, even more players are sure to want to spin the reels of the developer’s slots than ever before.