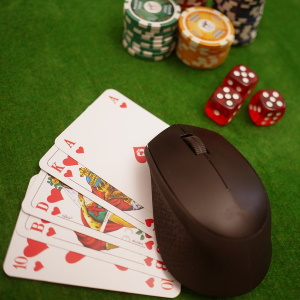 With partypoker’s MILLION$ Online tournament officially very near over, Event #26 came to a conclusion too this week. Featuring a buy-in of $10,300 and offering an incredible $1 million in guaranteed prize money, it’s easy to see why the online Poker action managed to attract an impressive 116-strong field of hopefuls.

In the end, however, only one man (or woman!) would be left sitting pretty in the pool of money, and this time round, that honour went to first-place finisher Christian Rudolph. David Yan finished in second place, which saw the pair agree to a deal that would ultimately see Rudolph walk away not only with a prestigious title and win, but also with a cool paycheck for $230,258.

The first day already saw the field weeded all the way down to only 20 online Poker players remaining in the running for the final table’s fame and fortune.

Those who had made it into the top 20 could all bargain on nabbing at least five figures in prize money, and once the proceedings had progressed to the final seven, it was time to take a seat at the final big-money table.

Seated around the online Poker table of Event #26 were several notable names – including Justin Bonomo, Christoph Vogelsang, and Juan Pardo Dominguez. None of the big names were however able to hang on until the time came for the final heads-up action to commence, and in the end, that honour went to Rudolph and Yan.

Since the dynamic duo eventually decided that the best way out would be to negotiate a deal, both earned close to $230,000 for their final table efforts. Rudolph walked away with $230,258 for his first-position finish, with Yan following hot on his heels in terms of the prize money by banking $229,664 in second place.

The final event for the week, and also the last remaining event forming part of MILLION$ Online, is Event #28, the Mega High Roller event. Featuring a massive $102,000 buy-in, along with a guaranteed prize pool worth an incredible $3 million in super prize money, 35 players ultimately registered to join. This saw the prize pool increase to an even crazier $3.5 million.

The online Poker event is still in motion, and as such, the winner of the biggest prize check of them all has yet to be named.