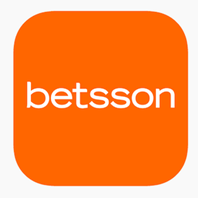 iGaming operator Betsson have released their latest casino and sports betting performance report, revealing some impressive statistics for the third quarter of 2020. A quick glance establishes that the company has enjoyed a massive 31.5% increase in revenue for the third quarter, if comparing numbers to the same period of the previous year.

A spokesperson for the company explained that the outstanding overall performance was due mainly to an above average boost in the casino sector in particular. Although, the spokesperson clarified, sports betting also saw impressive growth, contributing significantly to the bottom line.

Looking more closely at the report, it can be seen that revenue for the quarter came in at a total of   SEK1.68 billion ($191.5 million,) an impressive jump over the SEK1.28 billion posted for the previous year.

According to the report the casino sector was by far the best performing, contributing SEK1.31 billion. This specific vertical climbed 38.8% over the previous year, and made up a massive 78% of total revenue.

Sports betting also climbed, but not to the same degree as the casino sector. Sport betting climbed around 12.1% overall, clocking in at SEK314.6 million. This equates to around 21% of all revenue for the quarter.

If taking into account all revenue generated from all other streams, the total income in that regard was roughly SEK17.6 million.

Looking at a far more telling statistic; customer deposits for Q3, across all verticals, were up a staggering 53%, indicating just how significant the growth was. The amount for all deposits was recorded as SEK7.55 billion.

To get a better idea of which areas were the best performing for the group, income was broken down into global regions. It seems that the Nordic region is still a major source of income, and certainly stood as a major foothold for Q3. Total Nordic income sat at a staggering SEK558.9 million, up 17.2%, and contributing a massive 33% to all revenue.

Western Europe, meanwhile, did almost as well, climbing 22.6%. But it was Central Europe that managed to outperform all the rest, jumping an enormous 39.9%.

Pontus Lindwall, chief executive for Betsson, shared a few thoughts in regards to the excellent report. He first and foremost stressed that it had been a difficult time, with many challenges having arisen due to the still ongoing world health crisis. But, he confirmed that the company had managed to not only overcome the challenges, but still achieve growth in all regions around the world.

He concluded by pointing out that it had been clearly demonstrated that the casino and sports betting industry was resilient, even in times of universal hardship.